Following two media days and two trade days, AutoChina 2020 opened to the public today, 30 September. Below is a list of world premieres.

More information about future models can be found by searching PLDB, just-auto’s global vehicle database. Simply click on the link at the end of this list.

Audi Q5 L facelift: this is the public premiere for the long wheelbase body which continues to be built exclusively in China.

Beijing BJ30: along with the mid-cycle facelift for this 4,450 mm long FWD SUV, the name changes from BJ20.

Beijing Radiance: a concept that previews what Beijing Auto believes will be a competitor for the Tesla Model S.

Bestune E01: this electric crossover from FAW was exhibited as a concept at the Guangzhou motor show in November 2019. Now comes the production model.

Buick Electra: not present at the press days on 26 and 27 September, this 435 kW four-seat electric GT concept was revealed on the eve of the trade days.

Chery Tiggo 3X Plus: a high-spec variant with a different front end to the existing small SUV.

Chery Tiggo 8 Plus: a luxurious version of the 4.7 m long SUV.

Dongfeng Fengdu AX7 Pro: a 4,650 mm long SUV which replaces the AX7 and is again Nissan-based.

Everus EV-1 Sport: this additional version of GAC Honda’s Vezel/HR-V-based electric SUV has a claimed NEDC range of 470 km versus 470.

GAC Trumpchi GM8 facelift: not quite three years old, this big MPV’s dramatic grille has its horizontal slats replaced by vertical ones.

Great Wall Black Bullet: based on the Pao pick-up, this concept is matte black with orange detailing. It also has raised suspension and large wheel-arch extenders.

GWM Futurist: retro sedan concept which is claimed to have a cobalt-free battery and an NEDC range of up to 700 km. Great Wall has not said which of its brands if any might launch a production model based on this design study.

Honda CR-V PHEV: to be manufactured in China and on sale from January, Honda says.

Honda SUV e: three-door electric crossover concept is a preview of a special five-door model for the Chinese market.

Hongqi HS7+: the already huge HS7 SUV gains this even longer limo variant which has had a 50 cm wheelbase stretch.

Hongqi H9+: extended wheelbase version of the H9, a big sedan which replaced the H7 earlier in 2020.

Hozon Auto Neta V: due on sale in China late in Q4, this small crossover is said to have an NEDC range of 401 km.

Human Horizons HiPhi X: revealed as a prototype in July 2019, this large electric crossover will be the start-up brand’s first model.

Hyundai RM20e: prototype of a potential electric sports car for the N sub-brand; follows last year’s petrol-powered RM19 and like that car, the latest one is based on the Veloster. Power and torque stated as 596 kW (810 horsepower) and 960 Nm (708 lb ft).

Infiniti QX60 Monograph: concept preview of next year’s successor for the by then nine-year old QX60.

JAC Shuai Ling T9: due on sale in China by year-end, this 5.6-litre ladder-frame pick-up truck will come with the choice of 2.0- and 2.5-litre diesel engines.

Lantu iFree: Dongfeng’s new brand (Lantu is also known as Voyah) will have a eventual nine vehicles and this SUV could be a preview of the first one.

Leap Motor C01 or C11: no official name yet for an electric crossover which will be the production version of the C-More concept from AutoShanghai 2019.

Lynk & Co Zero concept: a preview of the first vehicle for SEA, an open source EV platform, which will be also be used for Geely, Volvo and Polestar models. The 5+m long five-door hatchback prototype is said to have in excess of 400 kW of power. Might be called Lynk & Co 08 in production form.

Maserati MC20: this was the motor show premiere, the car having been revealed online earlier in September.

Mercedes-Benz S-Class: its public premiere after the recent online announcement.

MG 5: a fastback-look sedan which is based upon the earlier but out of production GT.

MG Linghang: based on the HS, this SUV will eventually replace that model. Engines are 1.5- and 2.0-litre turbos, with FWD and AWD variants.

Peugeot 4008 PHEV: on sale locally since July but making its motor show debut, this plug-in hybrid has all-wheel drive.

Roewe iMax 8: previewed by the iM8 concept at a brand event held in May, the i-Make Attitude Xtreme 8 is a big MPV derived from the Maxus G20.

Songsam Motors SS Dolphin: a 4.8m long retro roadster that closely resembles the first Corvette and will reportedly be built in small numbers as a 1.5-litre PHEV.

Weltmeister Maven: this concept is said to herald an electric sedan due out in China next year and which might be called ‘Seven Series’.

More detail on past, current and forthcoming models can be found in PLDB, the future vehicles database which is part of GlobalData’s Automotive Intelligence Center.

Fri Nov 6 , 2020
DETROIT (Reuters) – Honda Motor Co 7267.T is redesigning the appears and the advertising and marketing for its sport utility vehicles and vans to enchantment to U.S. individuals who are shelling out premiums for rival automakers’ automobiles that present a far more rugged, off-road adventure picture. Considering the fact that […] 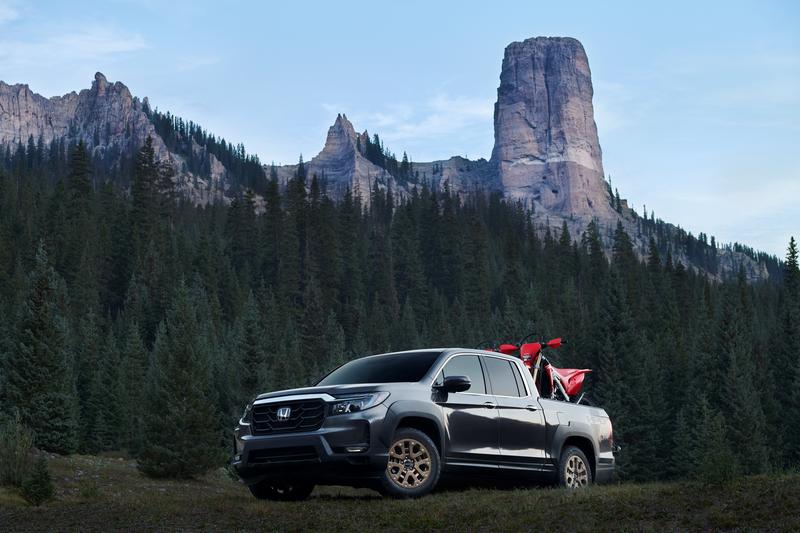